Get fresh music recommendations delivered to your inbox every Friday.
We've updated our Terms of Use. You can review the changes here.

Too Big To Fail, Part One 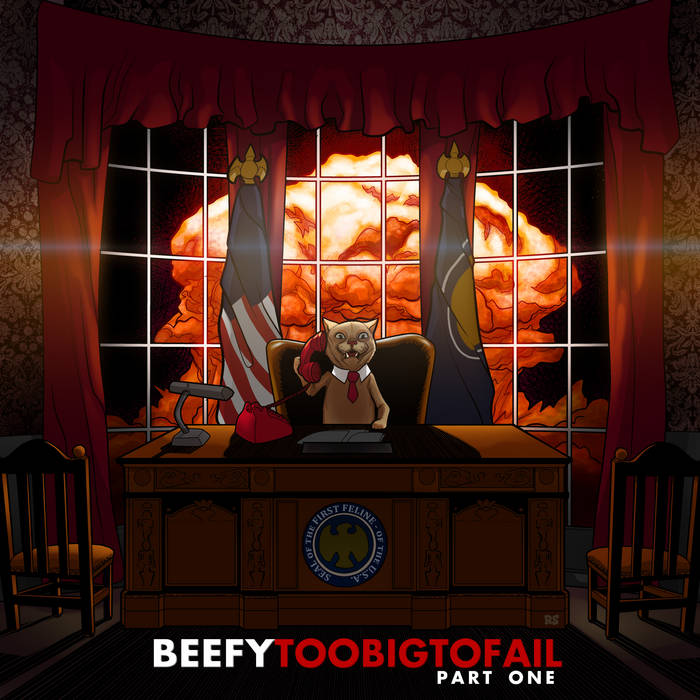 Electric X The arrangement and the seriousness in which Beefy doesn't take things too seriously is where this record, and indeed all of his works have really shined. This isn't to say the passion and the love aren't there, because they are, in spades. This is a fun ride through the genre of Nerdcore and there is a level of innovation in Mr. Keith A. Moore that has been honed to a fine point with the hilt being as blunt and unapologetic as ever! Favorite track: LongCon [f. Shael Riley & JPHONIC].

Debug Svoenix Got this CD a few years ago and blasted it through San Diego. The bass is dope for driving around and the overall soundscape is upbeat for those long drives home from work when coffee wasnt available. Stay Beefy! Favorite track: Dear Valentine.

Here it is. Several years after it was promised, Beefy and producer tanner4105 present Too Big To Fail. Beefy has 10 years of nerd rapping under his belt, and at least 2 of those years have been good. Allow your chubby best friend to melt your face with tracks about vigilantes, robots, lies, and bitching about work, with familiar friends such as Doctor Awkward, Professor Shyguy, and Shael Riley among fantastic others. Hope you like it. Tell your friends!

Beefy raps. (www.beefyness.com)
Tanner4105 makes dope beats. (www.soundcloud.com/tanner4105)
Rusty Shackles made this cover art like 3 years ago and has had to sit on it because Beefy is a monster. (www.tabletopfetus.com)

Recorded at SuperSoda Studios aka Beefy's house.
Produced, mixed, and mastered by tanner4105.